What Indian doctors have learned about the coronavirus and its treatment?

What Indian doctors have learned about the coronavirus and its treatment? 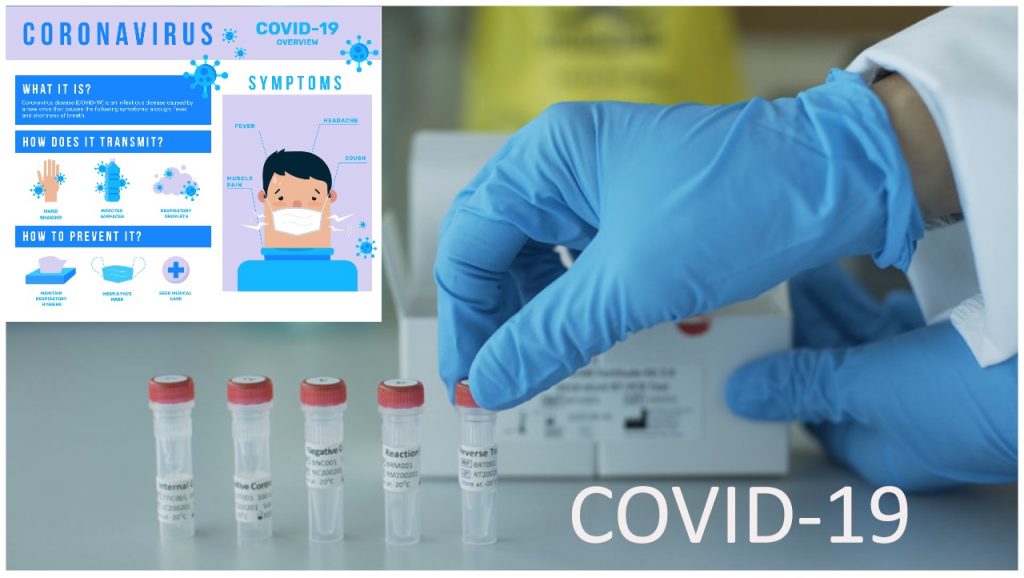 Doctors have been treating the coronavirus patients for about six months, which has taught them different ways to tackle it, and has made them more confident in their approach towards the treatment.

Doctors say that Covid-19 has far more effects than just affecting your lungs. The list of symptoms of the virus has widened, with also barefaced in skin rashes.

Although the treatment guidelines issued by the Ministry of Health and Family welfares have been the same since the start of Covid-19, doctors say that they have become more aware and better equipped to predict the line of treatment they need to pursue.

Lessons doctors have learned so far

Doctors say the most important lesson they have learned is that the virus does not attack just the lungs; it attacks the entire body.

Dr. Kamna Kakkar, who is a senior resident, anesthesiology, at PGIMS Rohtak, has been treating coronavirus patients and concluded that Covid-19 is a disease of the body, the heart, the brain, the kidney, and many other organs of the body are getting affected by the disease.

Doctor Kamna also said that it is now understood that Kawasaki disease like symptoms may show up in kids these should not be ignored. Kawasaki is an illness that principally affects children, causes redness in blood vessels and also swelling, which is the most common cause of heart disease in children.

She added that along with symptoms like fever, sore throat, diarrhea, body ache, loss of taste and smell, skin manifestation, or rashes might also help in diagnosing the coronavirus.

Due to the attack of coronavirus in women, there has been seen a change in the menstrual cycle.

Animesh Arya, senior consultant, respiratory medicine, at New Delhi Sri Balaji Action Medical Institute, believes that the disease primarily affects the lungs, but over time, it also has impacts on other organs, including kidney and heart. Moreover, with experience, we are now prepared that the infection might cause clot formation or coagulation in the body. Hence, medicines such as Aspirin, which is an anticoagulant or anti- clot formation, a medication came to be a principal role, doctor Animesh added.

Dr. Sheetu Singh, who is an assistant professor at the Department of Tuberculosis and Chest medicine, SMS Medical Jaipur, said although real tie polymerase chain reaction (RT-PCR) test are high standards for Covid-19 diagnoses, its accuracy in a hospital setting is about only 70%.

According to her, CT scans are very sensitive to even small pneumonia, so if a patient diagnoses with coronavirus symptoms, but tests negative, then they recommend a CT scan.

Also, doctors have been saying not to underestimate the supportive treatment, it works wonders. We may lack ‘drugs’ but we shouldn’t lack ‘treatment’.

What is the role of drugs and therapies?

Doctor Sushila Kataria, who is an expert in infectious diseases at Medanta Hospital, Gurgaon, believes that doctors have grown wiser with time.

Dr. Sushila Kataria, says that with the role of several therapies has become clear, who co-headed the team which treated 14 Italian tourists in the initial days of the Covid-19 pandemic in India. The result of several ongoing studies has also been made clear. For example, the role of hydro chloroquine (HCQ) with azithromycin, with time, has crashed for the treatment of corona patients.

Instead of hydro chloroquine, the role of steroids, such as dexamethasone, has become solid. Kataria added that she had started using steroids much before their power was recognized treating the COVID patients. However, the treatment with steroids treatment at that time seemed to be reluctant to everyone around. But, now the role of steroids has become clear for everyone, they play a critical role in saving a life.

The drug tocilizumab is an immunosuppressive drug, manufactured by pharma giant Roche remains under research in the process of finding a treatment of coronavirus. But phase three trial results have reportedly shown no mortality or clinical benefits.

However, despite the studies, that show drug tocilizumab ineffective, the dug has been effective in managing cytokine storms, which is a severe immune reaction in which the body releases too many cytokines.

Several COVID-19 patients are known to get affected by the cytokine storm, which is one of the reasons for the patient’s death.

It is very crucial to know, when a drug should be administering, at what time of disease should the drug be administered. For example, a patient is provided with tocilizumab when IL-6 levels (IL-6 is one of the predominant mediators of the cytokine storm) are high, added Arya.

Doctor Sheetu Singh said that tocilizumab is not prescribed in a government hospital at Rajasthan, patients can buy the drug remedesivir. Currently, we are providing supportive treatment to patients, giving them IV fluids, dexamethasone and ventilators, and convalescent plasma for patients who require it, she added.

Doctors are now saying that the anti-HIV drugs, lopinavir, and ritonavir, another treatment against Covid-19 in the initial days, has also lost favor.

Doctors have the opinion that governments move to officially approve emergency use treatment and certain drugs, as opposed to earlier, when much of the therapies were used unofficially, have helped by boosting the number of available drugs such as favipiravir and remedesivir in the market. Also, plasma therapy can now be officially used.

Convalescent plasma theory has shown good results for some patients and has not for others. Plasma theory is prescribed to those with comorbidities and for serious patients.

Kataria said that the role of ventilators has diminished, as the doctors are turning to oxygen therapy, which should be administered early, as and when the symptoms crop up.

As stated earlier, the role of anti-coagulants has also become significant. Anticoagulants are prescribed to those patients with severe and mild disease and low risk of internal bleeding.